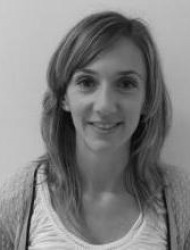 Late antiquity appears to be an extremely violent period, which is characterized with zeal and religious fervor, practiced by large groups of mob. The descriptions of the events arise from chronicles and other contemporary texts indicate that the Jews, alongside other Christian groups, took part in the brawls, occasionally out of self-defense, and sometimes as promoters, while espousing violent herd behavior, by means of incitement, as well as actual violent deeds.

Recently, the phenomenon of religious violence in late antiquity has been the subject of extensive research, which stems from the delineation of these centuries (4th to 7th) as a period of unique characteristics and as a relatively young research arena, alongside research in social history phenomena and the tendency toward interdisciplinarity. Surprisingly, the place of the Jews in this context is not yet thoroughly investigated.

My research aims to reveal the position of the Jews in the social fabric of late antiquity, and especially their image as emerge from the ecclesiastic historiography of the period. Similar to the paradigm set by Joan Wallach Scott, these issues may arise from an examination of the relationship between the following three factors: the represented historical event, it's representation and it's acceptance and interpretation among the population. Thus, this research will move on the tension between real and imagined reality while discussing the actual outcomes of the latter.