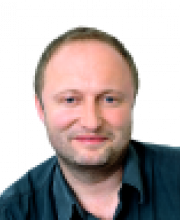 Prof. Dmitry Shumsky is Israel Goldstein Chair in the History of Zionism and the New Yishuv at the Department of Jewish History and Contemporary Jewry, and Director of the Bernard Cherrick Center for the study of Zionism, the Yishuv, and the State of Israel at the Hebrew University His research interests include intellectual and political history of Zionism and modern Jewish nationalism, with an emphasis on its Central and East European contexts; history of Austro-Hungarian Jewries, including the effects of emancipation discourse, modernization projects, ethnic and national struggles, and social and cultural conflicts on Jewish life and the Jewish perceptions of Jewish-Gentile relations; Soviet Jewish history and the study of post-Soviet migration.

His book Between Prague and Jerusalem: Prague Zionists and the Origins of the Idea of Binational State in Palestine (published in Hebrew by Shazar Center & Leo Baeck, 2010), won the Hecht Prize for the Best Book in Israel Studies for 2011. A German version of this book has been published in 2013 by Vandenhoeck & Ruprecht, Göttingen. His scholarly publications appeared in a number of leading journals in the Jewish Studies, including Zion, AJS Review, Jewish Social Studies, Jewish History, The Jewish Quarterly Review, as well as in The Russian Review, a leading journal in the Eastern European Studies.

Prof. Shumsky’s last book, Beyond the Nation-State: The Zionist Political Imagination from Pinsker to Ben-Gurion (New Haven and London: Yale University Press, 2018), has been awarded an “Honorable Mention” (2nd place winner) of the Annual Shapiro Prize for the best book in Israel Studies awarded by the Association for Israel Studies (2019); and an “Honorable Mention” of the Ab Imperio Award for the best study in new imperial history and history of diversity in Northern Eurasia sponsored by Ab Imperio quarterly (2019).

Prof. Shumsky teaches broadly in European Jewish history from early modern to contemporary times, including courses in history of the origins and phenomenology of modern Jewish nationalisms; the Zionist ideology; the formation of modern Jewish culture in the Bohemian lands; emancipation, acculturation and identity in the Central and Eastern Europe; ethnicity, identity and conflict in Israeli society.