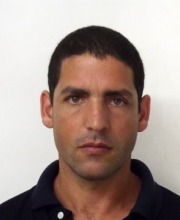 Dr. Amitai Baruchi-Unna deals with history and historiography of the ancient Near East, particularly in Israel and Assyria. He is also interested in the history of worship in Israel, in search of ritual and other local traditions of cities in the Land of Israel. He published studies on the Book of Kings, on Assyrian royal inscriptions, and on the local traditions of Bethel and Jerusalem. In teaching political, cultural, geographical, and religious history of Israel in Biblical times, Dr. Baruchi-Unna emphasizes the broad context of Israel as an integral part of the ancient Near East, and the importance of critical unmediated reading of ancient sources.

The Book of Kings

Jehuites, Ahabites, and Omrides: Blood Kinship and Bloodshed, Journal for the Study of the Old Testament (forthcoming)

Religion, Politics, and War: Gestures toward Babylonia in the Imgur-Enlil Inscription of Shalmaneser III of Assyria, ORIENT: Report of the Society for Near Eastern Studies in Japan 49 (2014), pp. 3-18

Reporting the Content of Divine Positive Response (annu kēnu) in Assyrian Royal Inscriptions, in “Now it happened in those days”: Studies in Biblical, Assyrian, and other Ancient Near Eastern Historiography presented to Mordechai Cogan on his 75th Birthday, eds. S. Aḥituv, A. Baruchi-Unna, I. Ephʾal, T. Forti, and J.H. Tigay (Winona Lake: Eisenbrauns, forthcoming)

City of Justice: Jerusalem as Embodiment of Justice in the Prophecy of Isaiah son of Amoz, in, Study of Jerusalem through the Ages, eds. Y. Ben Arieh et al. (Jerusalem: Yad Ben Zvi, 2015), pp. 9-18 (Hebrew)

This is your God(s): Plural Forms Referring to the Noun Elohim and the Israelite Cultic Declaration, Shnaton. An Annual for Biblical and Ancient Near Eastern Studies 25 (2016), pp. 141-152 (forthcoming; Hebrew)

Geography of Biblical Land of Israel, in Jewish Study Bible2, eds. A. Berlin