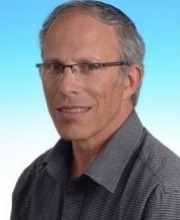 Dr. Noah Hacham is a researcher and teacher. Senior lecturer in the Dept. of Jewish History and Contemporary Judaism, and member of the research group "question of identity" Mandel-Scholion interdisciplinary center.

MA and PhD from the Hebrew University of Jerusalem. Wrote his doctoral dissertation on the historical significance of the Third Book of Maccabees, under the supervision of Professor Daniel Schwartz, and specializes in the history of Diaspora Jewry during the Second Temple, Mishna and the Talmud, especially Hellenistic Jewish Diaspora. In addition, also explores rabbinic literature in its historical contexts.

His current research project together with Professor Tal Ilan (Free University of Berlin) is preparing the fourth volume of a collection of Jewish papyri (Corpus Papyrorum Judaicarum). This collection reveals and shows everyday life of the Jews in Egypt, during the Hellenistic, Roman and Byzantine periods, and enable us to understand different aspects of the history of the Jews in this important diaspora community.

‘Exile and Self-Identity in the Qumran Sect and in Hellenistic Judaism’, E. Chazon & B. Halpern-Amaru (eds.), New Perspectives on Old Texts: Proceedings of the 10th International Symposium of the Orion Center for the study of the Dead Sea Scrolls and Associated Literature, 9-11 January, 2005, Brill: Leiden 2010, pp. 3-21

‘Sanctity and the Attitude towards the Temple in Hellenistic Judaism’, D.R. Schwartz & Zeev Weiss (eds.), Was 70 C.E. a Watershed in Jewish History? On Jews and Judaism before and after the Destruction of the Second Temple, (AJEC 78), Brill: Leiden 2012, pp. 155-179

‘Between mĕšûbâ and môšābâ: On the Status of Diaspora Jews in the Period of Redemption According to the Septuagint and Hellenistic Judaism’, Melvin K.H. Peters (ed.), XIV Congress of the IOSCS, Helsinki, 2010 (SBL Septuagint and Cognate Studies, 59), Atlanta 2013, pp. 127-142