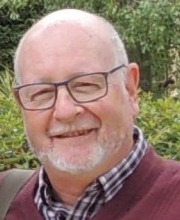 The Stephen S. Wise Chair in American Jewish History, and Institutions in the Department of Jewish History and Contemporary Jewry.

Eli Lederhendler is a modern historian who teaches on the American and European Jewish experience. He has research interests that include Jewish political history, Jews in the history of international migrations, and the history of economic relations in Jewish society.

Co-editor of the annual journal, Studies in Contemporary Jewry