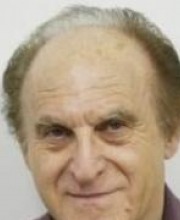 Incumbent of the Sol Rosenbloom Chair of Jewish History.

The main field of research and teaching at the University has been the early modern history; Jewish thought in the 16th century; History of Antisemitism; Jewish history under the National-Socialist Rule; Christian-Jewish relations from the 16th to the 20th century.

The central effort in scholarly work has been to create a primary base for research on the history of the Jews under the National-Socialist rule and to develop scientific criteria which would make it possible to integrate this central topic in Jewish and Universal history of the Twentieth Century.

In the field of non-scientific literature: Landscapes of the Metropolis of Death. Reflections on Memory and Imagination, (Penguin Books) London 2013.

Among articles on various historical periods: "The Historical Background of the National and Educational Teaching of Rabbi Bezalel of Prague: A Suggested New Approach to the Study of Maharal", in: Zion 50 (1985), 277-320 (Hebrew with English summary); “The Critique of Judaism in Modern European Thought: On the Historical Meaning of Modern Anti-Semitism", in: Jerusalem Quarterly 52 (Fall 1989), 126-144.